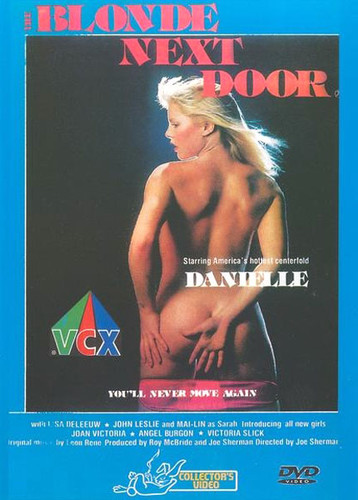 Sweet blonde beauty Danielle made her hardcore debut in this scintillating take on the old aphrodisiac plot. The flick begins with Danielle walking out on her boring, nerdy husband Mike Horner. She craves excitement of the sort her could never provide, so Danielle thumbs a ride to the Big City. She gets picked up by sleazy realtor Ron Jeremy, whose car breaks down in the woods on the way. Of course, he uses it as a chance to seduce the innocent stunner right there on top of his Caddy. When Ron gets back to his office, he’s ravished by buxom secretary Lisa DeLeeuw, who suddenly can’t resist him. Ron discovers that it’s Danielle’s scent that’s driving Lisa wild! He tracks down Danielle and sets out to produce a cologne that no woman can possibly resist. The only problem is that he has to keep providing Danielle with shattering orgasms in order to keep the juices flowing! Ron sets her up in torrid threesomes, in fantasy fueled jungle orgies and with well-equipped gigolos so that he can keep producing his money-making scent. But when Danielle decides that she wants out, Ron’s plans might just fall apart! ‘Blonde Next Door’ is a wild, wacky romp featuring plenty of scorching action and lots of lascivious laughs.