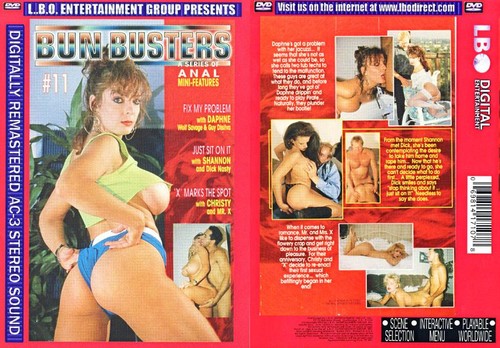 “Daphne’s got a problem with her jacuzzi…It seems that she’s not as wet as she could be, so she calls two tub techs to tend to the malfunction. These guys are great at what they do, and before long they’ve got ol’ Daphne drippin’ and ready to play Pirate…Naturally, they plunder her bootie!
“From the moment Shannon met Dick, she’s been contemplating the desire to take him home and rape him…Now that he’s there and ready to go, she can’t decide what to do first…A little perplexed, Dick smiles and says ‘stop thinking aobut it…just sit on it!’
“When it comes to romance, Mr. and Mrs. X like to dispense with the flowery crap and get right down to the business of pleasure. For their anniversary, Christy and “X” decide to re-enact their first sexual experience…which befittingly began in her end!”