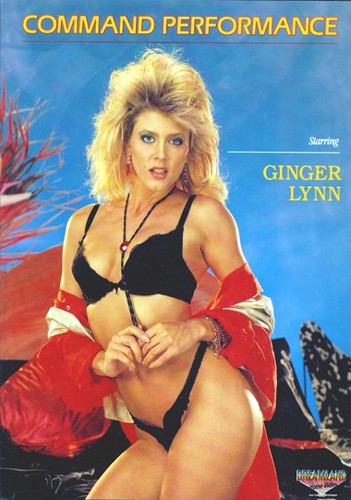 Description: The commands for this performance must have come from the archivists at Dreamland, as it’s a fast-paced compilation of some of the company’s hottest clips from the 80s. The main draw is Ginger Lynn, the luscious blonde sex kitten who ranks among the top sex stars of all time. Ginger was the kind of gal who never shied away from sex at its wildest — in fact, she tended to push the envelope in her appearances as much as she could. Ginger really shines here, delivering a torrid pair of trysts that will leave no doubt in modern viewers’ minds as to why she was such a superstar. Equally scorching is Amber Lynn, the lean lust bunny who shared Ginger’s last name and amorous outlook. Amber was even more sexually driven than Ginger, and she looked the part. Her streamlined features and leggy, lithe figure gave off an aura of pure sexual sizzle that Amber somehow always lived up to. Also in the cast is one of the absolute legends of hardcore, Nina Hartley. Nina appears here in a clip from her prime, showing her body at its tightest and her sexual energy at its peak. After watching her in action here, there can be no doubt that Nina had a better time on camera than any porner before or since.This one delivers lots of old school thrills without too much fussing about. It’s a great pick for fans of naturally delectable blonde beauties.