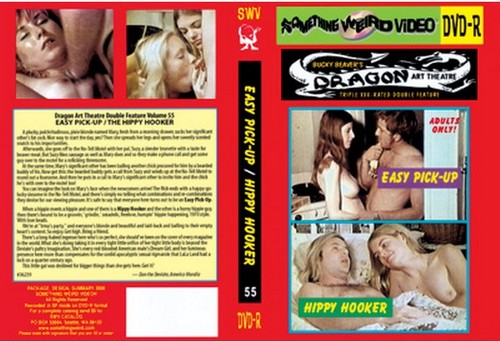 Description: A plucky, pulchritudinous, pixie blonde named Mary, fresh from a morning shower, sucks her significant other’s fat cock. Nice way to start the day, yes? Then she spreads her legs and opens her sweetly scented snatch to his importunities.
Afterwards, she goes off to the No-Tell Motel with her pal, Suzy, a slender brunette with a taste for beaver meat. But Suzy likes sausage as well as Mary does and so they make a phone call and get some guy over to the motel for a rollicking threesome.
At the same time, Mary’s significant other has been balling another chick procured for him by a bearded buddy of his. Now get this: the bearded buddy gets a call from Suzy and winds up at the No-Tell Motel to round out a foursome. And then he puts in a call to Mary’s significant other to invite him and the chick he’s with over to the motel too!
You can imagine the look on Mary’s face when the newcomers arrive! The flick ends with a happy-go-lucky sixsome in the No-Tell Motel, and there’s simply no telling what combinations and re-combinations they devise for our viewing pleasure.
It’s safe to say that everyone here turns out to be an Easy Pick-Up.