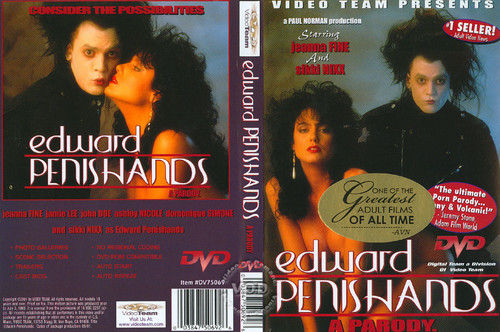 A modern day fairy tale, which tells the story of Edward, the man created by an inventor, who died before finishing him and left Edward with penises where he should have hands. One day when the local Avon hottie appears where Edward has been living alone, and she takes him home to stay with her family. He has to adapt to the new life and environment that he isn’t used to. Soon he shows a talent in plugging holes, and shooting cream from his fingers and wins every body’s heart.