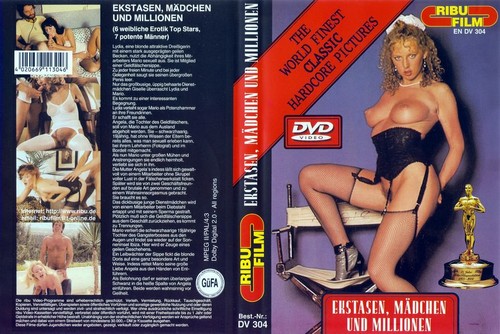 Pleasure So Deep Description: “Shot in Italy, ‘Pleasure So Deep’ is a great example of Euro-porn from that era. The story centers on a mafia godfather who runs a counterfeiting operation out of the back of his funeral parlor. He’s got a sex-crazed wife who can’t seem to get enough, and a daughter who spends her time in massage parlors delving into a little hooking on the side. The godfather sends his right-hand man to check up on his daughter (Lauren St. Germain), little suspecting that the guy will actually fall for her. The plot thickens as Lauren finds out about the counterfeiting business and gets moved into a spacious villa on the Italian coast. The don sends his man along to keep an eye on her, which he’s all too happy to do. Still, the daughter has no time for the guy until he proves his worth by saving her from a trio of roughnuts who are intent on getting what they want by force. She rewards the loyal lackey by treating him to some savory oral action, then joining him in a boat for a ravenous romp. The boat wends its way along the coast, exposing some great scenery as well as Lauren’s more obvious charms. Outstanding settings and some otherwise unknown performers make this one a real treat.”