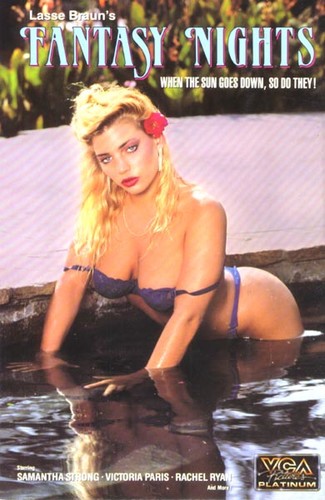 Victoria Paris is the sexually inhibited wife of Jon Dough. Samantha Strong is her rather more liberated sister. Vicky just can’t relax enough even to have sex with her husband, though she has dreams centering on Sam’s promiscuousness and her own secret longings. Jon Dough hires Tom Byron to ‘cure’ his wife. Treatment involves a lesbian session with Tom’s assistant (Rachel Ryan) and later a non-violent fake rape. I’m not sure how the latter is supposed to help but it does, with Jon and Vicky fucking happily ever after.