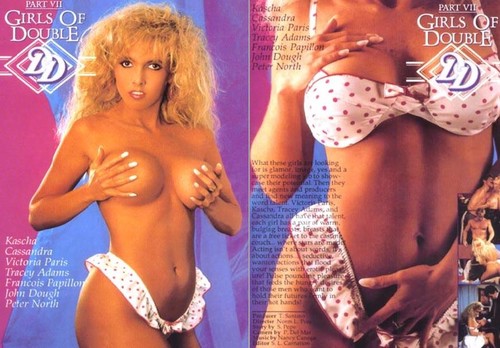 “Jon Dough plays a sex-hungry modeling agent in search of the next big thing in this top-heavy tribute to overstuffed blouses. He’s got a line-up of some of the bustiest babes in the biz waiting to show off their assets, and he’s not above using the casting couch to figure out who gets the job. The luscious likes of Victoria Paris and Tracey Adams keep his hands full from start to finish, each of them ready and willing to do whatever – and whomever – it takes to land the modeling gig. As these buxom beauties bounce and jiggle their way through Jon’s office, he’s faced with some hard decisions. Rest assured, in the end he makes the right choice and everyone leaves with a satisfied smile on their face!”