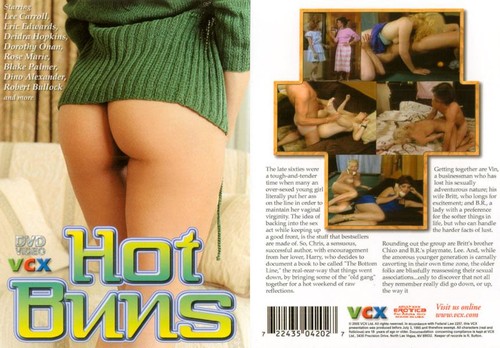 The late sixties were a tough-and-tender time when many an over-sexed young girl literally put her ass on the line in order to maintain her vaginal virginity. The idea of backing into the sex act while keeping up a good front, is the stuff that bestsellers are made of.
So, Chris, a sensuous, successful author, with encouragement from her lover, Harry, who decides to document a book to be called “The Bottom Line,” the real-rear-way that things went down, by bringing some of the “old gang” together for a hot weekend of raw reflections. Getting together are Vin, a businessman who has lost his sexually adventurous nature; his wife Britt, who longs for excitement; and B.R., a lady with a preference for the softer things in life, but who can handle the harder facts of lust. Rounding out the group are Britt’s brother Chico and B.R.’s playmate, Lee.
And, while the amorous younger generation is carnally cavorting in their own time zone, the older folks are blissfully reassessing their sexual associations…only to discover that not all they remember really did go down, or up, the way it seemed!
This is the only Dorothy Onan video.