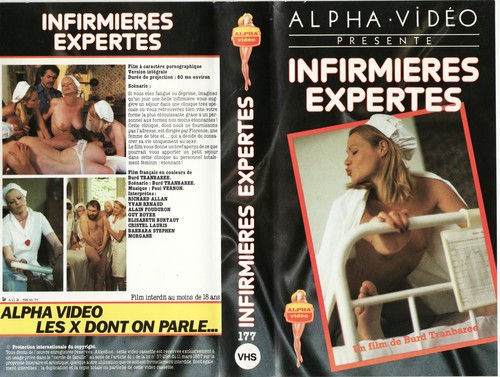 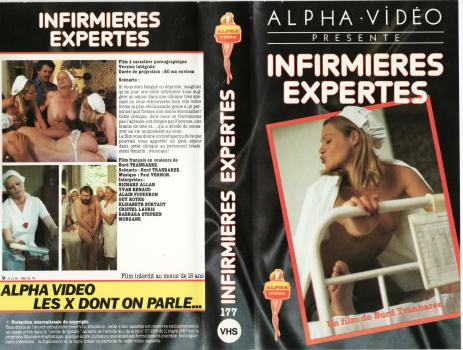 Description:
Richard Lemieuvre and Guy Royer (with moustache and curly perm) are investigating a clinic in the country where the nurses provide very special services to the (presumably sexually dysfunctional) male patients (Dominique Aveline and Jacques Gatteau). The investigators are discovered shortly after Cyril Val is admitted, but not before they have found his address. They are chased into Paris by two of the nurses and try to hide in his apartment. There they find Elisabeth Buré who welcomes them with open legs.

The nurses (Karine Gambier and France Lomay) listen at the door and then break in and Chloroform them. Joined by a third nurse (Morgane), they have a lesbian session with Elisabeth Buré, they all return to the clinic where the nurses return the two investigators to consciousness with blow jobs. The they take their blood pressure, but not from their arms. General sexual mayhem follows, initiated by head nurse Cristel Lauris, during which Cyril Val finally satisfies his wife.