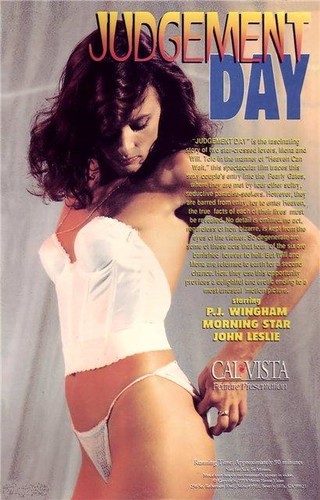 Description: “Judgement Day” is the fascinating story of two star-crossed lovers Mona and Will. Tale in the manner of “Heaven Can Wait”, this spectacular film trades this sexy couple’s entry into the Pearly Gates, there they are met by four other guilty, seductive paradise-seekers. However, they are barred from entry, for to enter Heaven the true facts of each of their lives must be revealed. No details is omitted, no act, regardless of how bizarre, is kept from the eyes of the viewer. So degenerated are some of this acts that for of the six are banished forever to hell. But Will and Mona are returned to earth for a secon chance. How they use this opportunity provides a delightful and erotic ending to a most unusual motion picture.