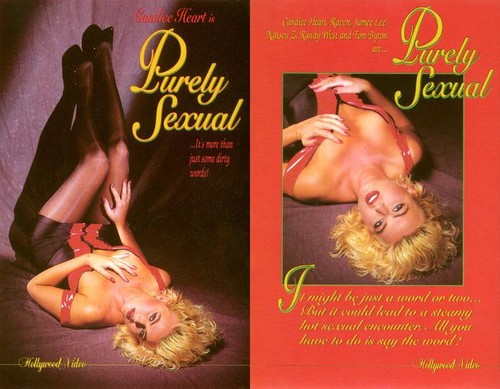 Candice Hart and Raven are two working girls for whom everything is purely sexual. Tom Byron is their pimp, ad for him everything is about the money, although he’s pretty obsessed with all things erotic too. Candice and Raven are in their element here – playing young women with huge sexual appetites, no discernible scruples and jobs which allow them to explore the very kinkiest corners of their personalities. They do so with plenty of lusty abandon here, so much so in fact that it’s herd to know where Raven and Candice end and their characters begin. Jamie Leigh, that angular blonde paragon to all things kinky and depraved, is also in very impressive form here, and turns in a masterful performance. Then there’s Courtney’s own incendiary work here, which shows why she’s one of the most underrated performers in the history of modern pornography. This is must-see kinky excess from start to finish.