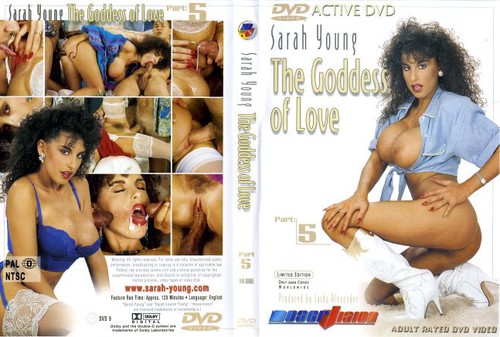 Description
In The G0ddess of L0ve 5, director Sascha Alexander presents his uncomparable female star in his famous sense of style and esthetics. The opener finds Sarah Young in bed, devoted to her tenderly fucking friend , who, unfortunately has to leave for an important meeting in the middle of the act. It’s no wonder Sarah tries to still her orgastic hunger with a substitute. She dresses in seductive lingerie, calls room service and has the waiter serve her his cock as a welcome side-dish. The second encounter shows Sarah in an enchanting baby-doll, playfully caressing her juicy pussy. Caught in her daydream, she beams herself up to a dark prince of pleasure, whose bulky stiff shift she blows orgiastically. She then fucks him cowgirl, her ample tits weighing in the rhythm of love. On her trip to the climax, Sarah picks herself a second lover out of the orbit. Her greed can only be cooled by having both joysticks explode, creaming her face richly with impressive shots of protein. In the final story, Sarah assures her client of the immeasurable advantages of her life insurance company and allows him to sign his new contract with his most lively pen. Despite starting very ladylike in a costume, she’s knows how to convince a second client by promises of her overwhelming sexual presence – especially as he’s in her arse before getting into the small print.