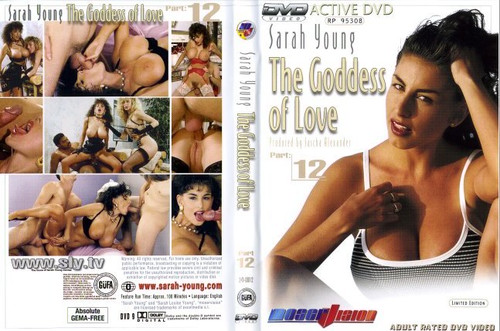 Description
The G0ddess Of L0ve 12 contains three re-edited Sarah Young scenes. From Pr!vate M0ments 4 is a scene with Ralph Wieck, Jean-Yves Le Castel, Herert Opperman, Antje Wieck and Helen Duval. Sarah’s having sex with Ralph in the kitchen, Antje is masturbating on her own in the lounge before being joined by Jean-Yves, and Helen’s having sex with Herert in the bedroom. They all finally end up in the lounge together, where they keep changing partners until the end. The action includes anals, double penetration and facials. Then, from Pr!vate M0ments 2, is a scene with Franco Roccaforte and Michelle Janssen. Michelle, dressed in black leather and studs, leads a black-leather-clad Sarah into the room by a dog collar and leash. She then commands Sarah to have sex with an already naked and waiting Franco, instructing her in what to do throughout the scene. Originally from The Golden Girl Part 3, this dvd finishes with a Sarah encounter with Kris Newz and Tony Tedeschi. Kris and Tony are two workmen decorating a room when S@rah comes in to use the telephone. As she’s making her calls the two workmen surreptitiously admire her assets. Against the advice of his workmate, Kris forces himself upon Sarah. At first she resists, but after a short struggle gives in. Seeing this, Tony joins in and the two workmen end up plastering Sarah with cum.