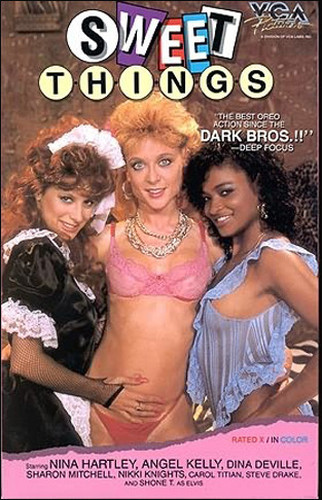 Description: Baxter Braxton, the eccentric millionaire, decides it is high time he threw an extravagant lingerie party at his bizarre San Francisco mansion. He enlists the aid of Nina Hartley, Sharon Mitchell, and Angel Kelly, better known as the Sweet Things, to help him undertake this monumental task. But his real problem is figuring out what he is going to wear for the party. As he tries on every outfit in his closet, his guests erotically amuse themselves with each other, as well as with his sexy French maid. Even Baxter himself is sexually distracted by his busty girlfriend, Carol Titian. By the time Baxter finaly gets his act together, his guests are gone – after exploring every carnal coupling imaginable!