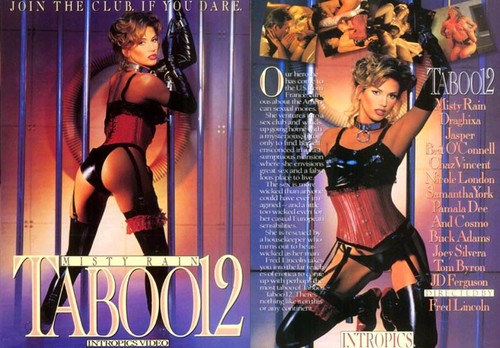 Draghixa is a French researcher who has come to America curious about American sexual mores. Jumping right in with both feet, she heads off to a posh sex club upon touching down in the good ol’ U.S. of A. There’s plenty of kinky action to be enjoyed there, and she does so with a distinctive Gallic flair. Then she meets a mysterious stranger who sweeps her off her feet an takes her home to his mansion. Once there, she finds the estate an erotic playground for the senses. At first she thinks she’s in seventh heaven. Then she discovers that her host is a little too kinky even for her. Soon she’s rescued by housekeeper Misty Rain, who is just as depraved as her boss. A decadent tour de force for la femme Draghixa.