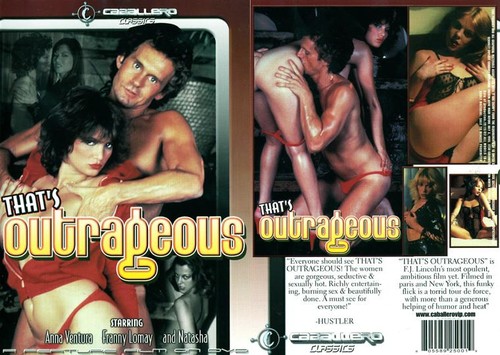 Jamie Gillis plays successful writer Paul and starving artist Phillipe both living in Paris. He is two people because he must balance a delicate sexual situation involving Frannie and Natasha. What makes OUTRAGEOUS more than watchable is the introduction of these two incredibly gorgeous newcomers to the world of explicit films. They are worth it. Lots of Paris footage and good production… Joey Silvera and Anna Ventura have a hot scene, shot about the time Joey was coming into his own as an adult film major name…”