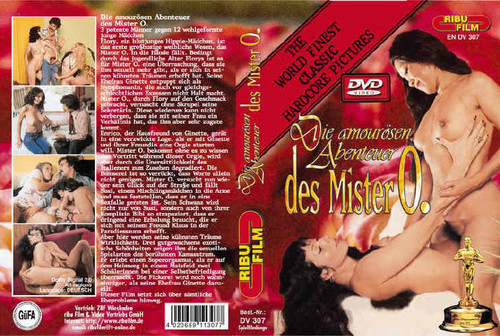 Mr O picks up a busty brunette, XNK0731, and takes her back to his apartment. His wife, Jeanette, XNK0732, catches them at it, but joins in. Next Mr O. is nearly caught by his wife screwing his secretary, Bibi (XNK0507 as a brunette). She demands sex from her hsuband and the secretary listens at the door, before the wife drags her in to join them.

But it isn’t only Mr. O who is playing around. His wife waits impatiently for him to go back to work after lunch before dragging her male lover from behind the curtains and then her blonde female lover (XNK0733) from the closet where she has almost passed out. Hubby returns unexpectedly and the lovers hide again, but as Mr O. and his wife begin to have sex the blonde sneaks out and joins in and then the man does too.

Mr O. then goes to a sauna with his male friend and they have a great time with XNK0735 (non-sex), XNK0736 and XNK0737. Outside he is picked up by two girls, Claudia Mehringer and XNK0738 who take him back to their place where they have sex and a hidden photographer takes incriminating photographs. Then they try to extort money from him by threatening to phone his wife. He is vastly amused and picks up the phone and dials the number for them.