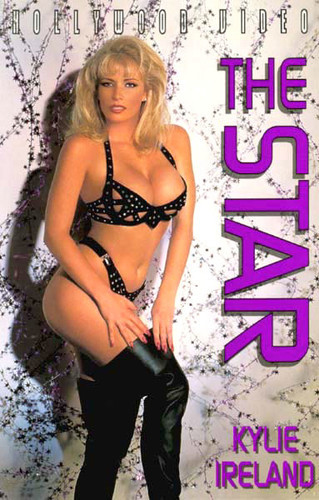 Description:
“Kylie Ireland really brings out the acting artillery here – she manages to play a sexually repressed woman. More precisely, she is the frosty wife of Marc Wallice, who, by contrast, has not a sexual scruple in the world. This, as can be imagined, is causing a little tension in the relationship. Marc literally dreams of being able to help Kylie unlock her tormented sexual being and of letting it run roughshod over his willing bod. As it turns out, it’s Steven St. Croix who helps Kylie get over her hang ups. By exposing her to a world of erotic possibilities, acted out by other couples, he slowly eases her libido out of its restraints. In the tape’s hands-down hottest scene, Kylie finds herself being worked over by Peter North and hubby Marc. After that kind of work out, how could she have any inhibitions left? A terrific choice for couples.”