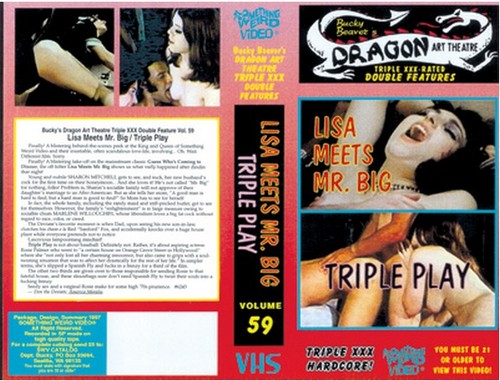 Description: Triple Play is not about baseball. Definitely not. Rather, it’s about aspiring actress Rosie Palmer who went to “a certain house on Orange Grove Street in Hollywood” where she “not only lost all her charming innocence, but also came to grips with a soul-twisting situation that was to affect her drastically for the rest of her life.” In simpler terms, she’s slipped a Spanish Fly and fucks in a frenzy for a third of the film.
The other two thirds are given over to those responsible for sending Rosie to that fateful house, and these sleazebags sure don’t need Spanish Fly to twist their souls into a fucking frenzy.
Seedy sex and a virginal Rosie make for some high ’70s prurience.