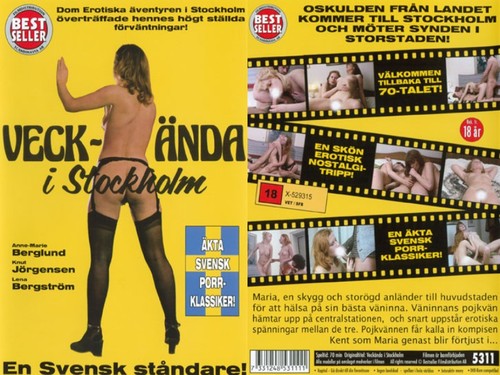 A young red haired girl (Ann-Marie Berglund) arrives at Stockholm Central. She’s in Stockholm to visit her long time friend Marie. Marie’s boyfriend Jan, a fat ugly guy in all denim clothing, is there to pick her up. They drive around Stockholm til’ late night. Later in Marie’s apartment they all end up in bed. Jan needs an assistant, so he gets on the phone to call his Norwegian friend Kent (Knud Jorgensen). The redhead falls in love with Kent. They have sex in a lot of various places. Ends up in a three-some…