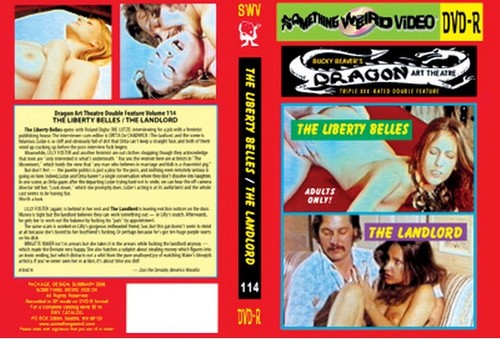 Description: Lilly Foster (again) is behind in her rent and The Landlord is leaving eviction notices on the door. Money is tight but the landlord believes they can work something out — in Lilly’s snatch. Afterwards, he gets her to work out the balance by fucking his “pals” by appointment.
The same scam is worked on Lilly’s gorgeous redheaded friend, Sue, but this gal doesn’t seem to mind at all because she’s bored by her boyfriend’s fucking. Or perhaps because he’s got ten huge purple warts on his dick.
Brigitte Maier isn’t in arrears but she takes it in the arrears while fucking the landlord anyway — which made the Deviate very happy. She also hatches a subplot about stealing money which figures into an ironic ending, but which distracts not a whit from the pure unalloyed joy of watching Maier’s blowjob artistry. If you’ve never seen her in action, it’s about time you did!