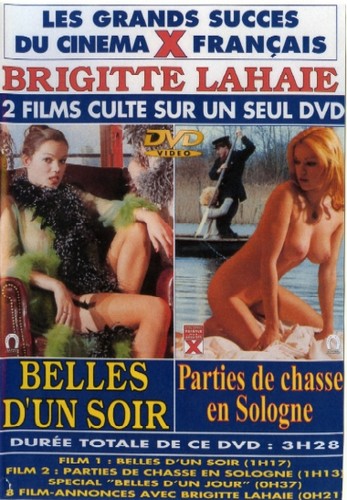 Plot: Martine, Mimi and Doris finally get fed up with their waster boyfriends who hang around playing pinball machines and fishing while the girls work. So the girls leave, set up in their own apartment and begin to behave like female chauvinist pigs, scandalising their landlord. They hire a male live-in housekeeper and exhaust him with their sexual demands. But they not only lose patience with their boyfriends but with their employers. Mimi runs amok in the advertising studio and Martine while on air in the radio station, pausing on the way home to drag a man into the toilets of a café. When Doris, the nurse, finally snaps with her patient’s demands for ‘un petit massage’ (in his case a titty fuck) and empties his bottle (yes that sort of bottle) over his head, they realise they can’t afford to pay the housekeeper. Nor can they afford to pay him in lieu of notice; so they scare him off with more sexual demands. Meanwhile their old boyfriends have found a couple of replacements (XNK0408, XNK0409) whom they kick out in mid-orgy when marriage is mentioned.
The girls fail to find work and when the rent falls due they have to pay the landlord in kind. They then set up their apartment as a brothel but get busted while entertaining a client and his son. Their old boyfriends meet them out of prison and put them to work – entertaining male clients while the boyfriends play cards.