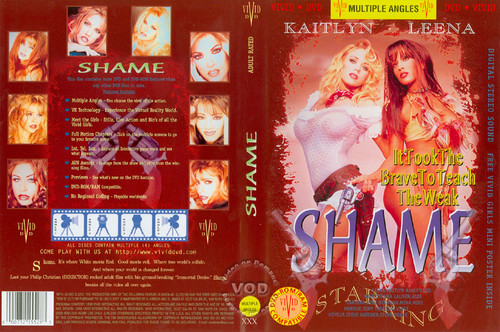 Banks to a menacing Indian tribe led by an evil man with one eye. Katherine, played by the smoldering Leena, in her final and most intensely adult role is adopted by yet another Indian tribe, a peaceful group called the Nah Cha Tku. Once again, the man with the one eye lays claim to her town, plundering everything in his path, and stealing her dignity a second time. But this time there’s a difference. Katherine is dubbed “Shame,” and the name will not be removed until her wicked nemesis is destroyed.