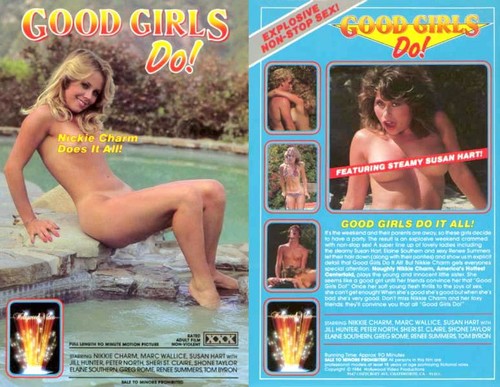 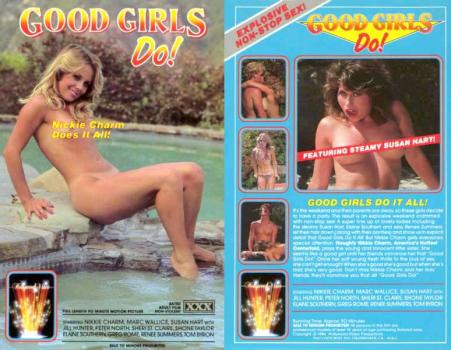 Description : When the folks are away, it’s time to play for this bevy of bodacious young beauties. Naughty Nikki Charm stars in this tantalizing tribute to youthful sexuality, letting loose with one of the most erotically explosive outings of her come-hither career. Nikki was one of the most alluring starlets of the mid-80s and she pulls out all the stops in her passionate pursuit of the ultimate thrill. The plot is pure campy cheese, with the parents going off for the weekend and the gals getting together for two days of non-stop partying. They phone up the cutest boys in town and invite them over as the playful pajama party takes a torrid turn for the sexy. The cast of this one is what sets it apart — it’s filled with some of the most scrumptiously dynamic damsels of the era. Elaine Southern’s a carnal cutie whose exuberance is only matched by her tasty natural curves. Sheri St. Clair’s svelte figure and hard-charging attitude are stunning in their own right, while ravishing Renee Summers sashays her way into your erotic dreams with her lip-smacking lustfulness. It’s true — Good GirlsDo. As this fast-paced and fiery feature proves, so do the bad ones. All you have to do is sit back and enjoy.