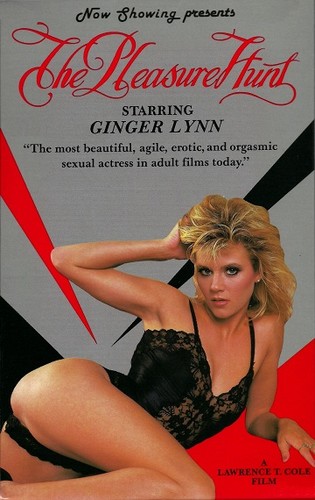 Fans of 80’s superstar Ginger Lynn will love this fast-paced romp.
She plays a woman who somehow comes across a map that’s supposed to lead her to a cache of buried treasure. She sets out to follow the map to the hidden booty, but soon discovers that the map uses sex as clues to the treasure’s location. Ginger’s got to work her way through a whole host of horny guys and gals before she can lay her hands on the ultimate prize. Basically, this one is a tour-de-force for the always saucy Ms. Lynn, as she shimmies and shakes her sexy way to naughty nirvana. She’s featured in just about every sex scene, which should really bring a smile to the faces of her fans – usually she only turned up for a scene or two in her films. With her delectable all-natural body and her cute-as-a-button face, it’s no wonder that Ginger was one of the 80s’ top stars. Watching this scorching film will tell you all you need to know about her tawdry talents and irresistible allure.