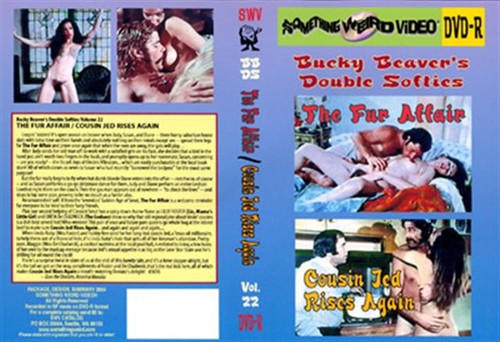 Synopsis:A 1970s sexplay opens with “The Fur Affair,” in which three hot and bored suburban housewives experiment with sex–and discover they enjoy having lots of it among themselves. It’s a real lesbian lust-off!

After Judy sends her old man off to work with a satisfied grin on his face, she decides that a bird in the hand just ain’t worth two fingers in the bush, and promptly opens up to her roommate, Susan, concerning — are you ready? — the Occult Joys of Electric Vibrators… which are easily purchasable at the local book store! All of which comes as news to Susan who had recently “borrowed the bedpost” for the exact same purpose!

But the fur really begins to fly when hot dumb blonde Diane enters into the affair — crotchwise, of course — and as Susan performs a go-go striptease dance for them, Judy and Diane perform an entire Lesbian Lovefest right there on the couch. Then the gas man appears out of nowhere — “to check the lines” — and stays to lay some pipe, proving to be no slouch as a furrier also.The Fur Affair is a welcome reminder for everyone to be kind to their furry friends.