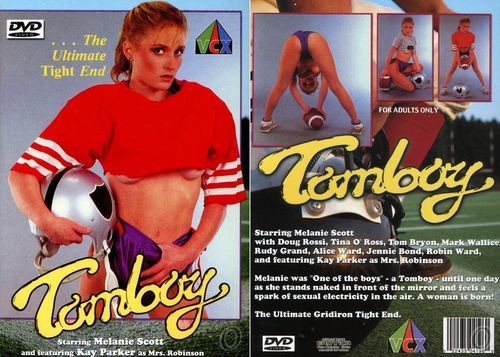 This searing story concerns self-proclaimed tomboy Melanie Scott, a lushly curvaceous cutie who’s way more into sports than sex. In fact, she’s even on the football team at her school! While on the way to practice one day, Melanie gets teased by neighbor Tom Byron about her virginity. Melanie loudly protests, but the fact is that she really is still utterly inexperienced in the act of love. She decides to lose her virginity ASAP, and contacts studly Alex Stuart with her interest. They hook up in a steamy, highly charged scene in the back of his van. Really now, when’s the last time you saw a sex scene set in the back of a van? Ah, the good old days! Meanwhile, Melanie’s nerdy brother Marc Wallice is getting seduced by wanton housewife Kay Parker, a sex-starved next-door neighbor whose aggressive antics quickly turn into sensual lust. Some amazingly sexy, all natural young women make this one a classic!