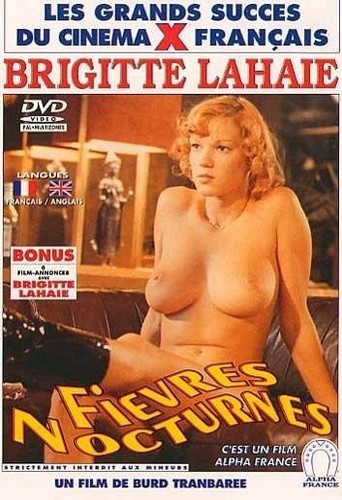 Description: Jean-Louis Vattier dreams about his lovely downstairs neighbor, Brigitte Lahaie, although his dreams occasionally turn into nightmares involving his hard hat co-worker Dominique Aveline. One particularly strange and violent sequence is not made any more watchable by some slow motion fighting accompanied by the usual ‘arousing’ sax music instead of more threatening music, but this entire film is one big incomprehensible trip anyway, so the viewer had better prepare for more far out scenes. Pierre awakes to find his beautiful blond wife (although she’s no Brigitte) played by Ursula White. Obviously their marriage is in trouble, with him living in a fantasy world of his own making while she, Janine, has taken a lover of the same sex (Liliane Lemieuvre as Rosette). Pierre spots Brigitte in a book store and begins to fantasize once more. The, erm, ejaculation shot is most definitely a fantasy! Then he goes home to dream about himself sharing Brigitte with his wife. Well at least he hasn’t completely forgotten about his spouse. In return, she has arranged an appointment with a psychiatrist, Madame Gabrielle Dullan, an older lady, who non the less is as sexually liberated (or should that be unrestrained) as everyone else: she let’s him fondle her bosom while he tells her his woes. Naturaly, he drifts off into Lalaland once more, this time also including the shrink’s maid, while her employer gets to watch.