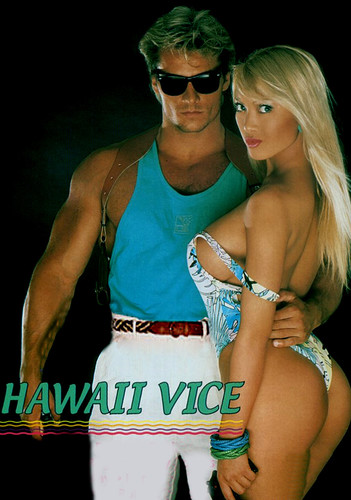 There are high stakes dealing cocaine between Los Angeles and Hawaii. Chief Dickens (Ron Jeremy) has volunteered his two best vice agents to go undercover. Agents Francois and Kascha jet to the Big Island with their mission – to arrest Mr. Big! Francois and Kascha touch down in Hawaii and move from one location to another, while observing the lusty sexual habits of this cadre of criminals. Finally, they catch pawn Jade East with a quantity of cocaine. Chief Dickens listens to their report that Mr. Big always seemed one step ahead of them; as if he had been tipped off! Why does the chief seem half amused at this? What does he know that he’s not sharing? The answers lie within this episode of Hawaii Vice!!!