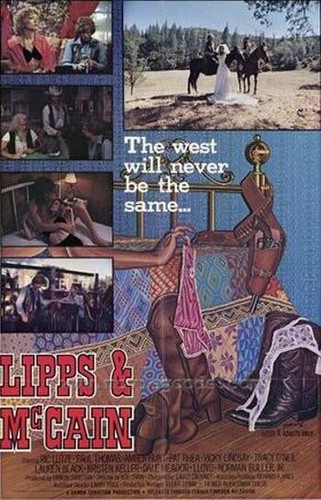 Description: A pair of hustlers do their best urban cowboy impressions in this fast-paced feature from 1978. Paul Thomas and Ric Lutz play the two modern-day cowpokes to the hilt as they get into all manner of mischief. The action begins when Thomas gets caught cheating a bunch of locals at poker. Meanwhile, Lutz is having his way with the farmer’s daughter – until he gets caught himself. Both guys end up on the run and hole up in a brothel to wait it out. And what better way to pass the time while in a house of ill repute than with a little lascivious lust? The whole thing is played as much for laughs as for heat, and the result is a sparkling sexvid treat that delivers on all levels. The sex scenes are quite erotic, with some of the most alluring talents of the era doing their utmost to thrill. Special mention goes out to lovely little Amber Hunt, a scrumptious all-natural beauty who romps her way through a couple of steamy sessions. Cris Cassidy also turns in a stellar performance, hooking up with Lutz in a blistering, high energy outing. This is a great chance to catch some old school sex kittens at the height of their game, and one of the most satisfying sexvids of the 70s.