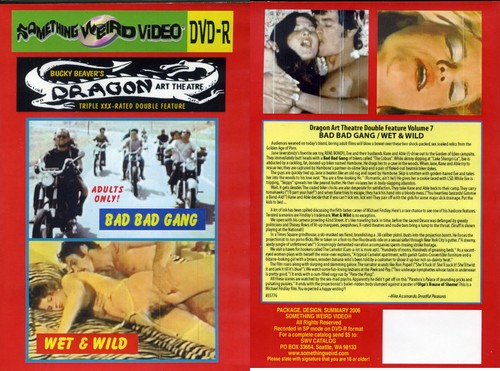 Directed by: Jon Donne
Produced by: Charles A. Leonard

You plow down a dusty, dark road in your custom van. Heavy Black Sabbath riffs blast from the 8 track. You and your buddies have a glove box stuffed with fat joints and a cooler full of cheap beer! You pick up some hitchhiker chick with monster nipples poking through her tight t-shirt. Later tonight you’ll come up her asshole while she gives your buddies sloppy, drunken blowjobs! When she passes out, you’ll go find bored college chicks hanging out by the concession stand. They’ll jerk you off and let you finger their tight cunts for hits of weed. Its 1:30 a.m. now, but the show is just getting started! Welcome to the Dirty Drive-In.