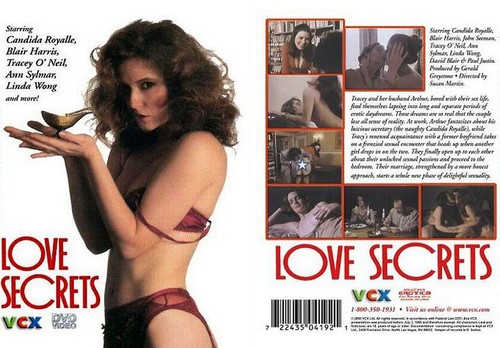 Tracey and her husband Arthur, bored with their sex life, find themselves lapsing into long and separate periods of erotic daydreams. Those dreams are so real that the couple loses all sense of reality. At work, Arthur fantasizes about his luscious secretary, while Tracy’s renewed acquaintance with a former boyfriend takes on a frenzied sexual encounter that heads up when another girl drops in on the two. They finally open up to each other about their unlocked sexual passions one day, and proceed to the bedroom. Their marriage, strengthened by a more honest approach, starts a whole new phase of delightful sexual encounters.
Note: This the 2005 re-release that includes an extra scene with Dorothy Lemay and Lisa Sue Corey doing John Seeman. I removed about 12 minutes of previews from the beginning.