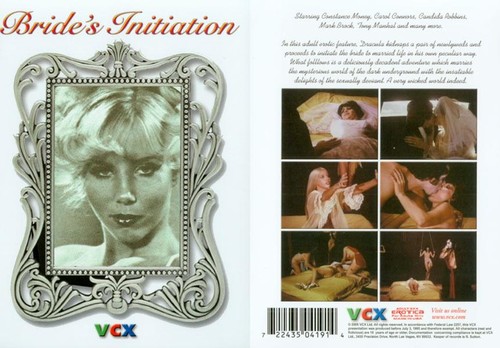 A just married couple is kidnapped by the Count. The woman is given a tongue bath and the husband is carted off by the chauffeur and given a penis-ectomy. The organ is then presented to a witch who also helps the count. Meanwhile, a detective has been hired by the bride’s parents to find them. The count has sex with the kidnapped bride and ejaculates into a cup which is then given to the witch, who mixes it up with some chemicals and gives it to the count to drink. The count then goes out for a ride and spots Carol! He decides that she’s the one for him. He sends the chauffeur up to give her a ring, which he later uses the ring to bring her to his lair . The detective has since been captured by the count and “milked of his juices” which is deposited in the same wine glass that the count used before. The witch again mixes the contents into a cocktail for the count. He drinks it then changes his mind about Carol (poor thing!) and runs over to the tied up detective and declares his undying love.