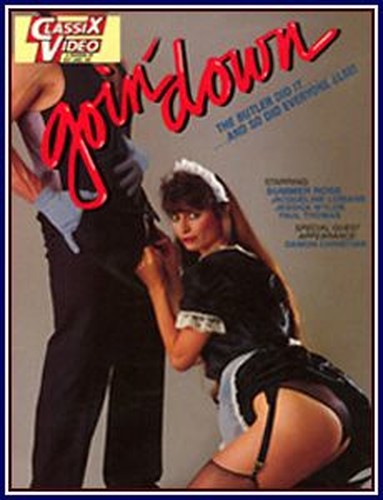 When the wealthy owner of a palatial mansion heads off for a holiday in Acapulco, he leaves behind his servants to watch over the place. Little does he suspect that when the boss is away, the staff starts to play! His butler, his maids, his cook — even his niece — get into the amorous action from the moment his car turns out of the driveway. It’s merry mayhem as these sex-crazed strumpets and well-built hunks pair off for one frantic frolic after another. From passionate plunges atop the kitchen counter to torrid threeways in the pantry, there’s no shortage of carnal cavorting here. Filled with lusty 80s superstars like Summer Rose and Jessica Wylde, Goin’ Down is fast-paced fun all the way!