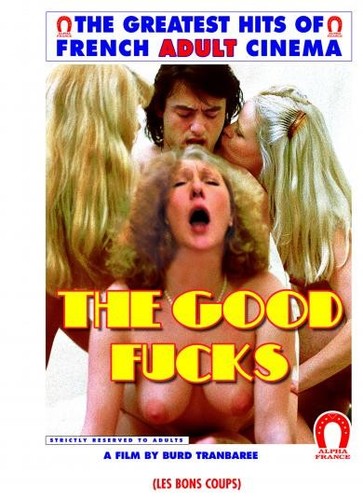 Guy Royer is shy around women, and fumbles his attempt to pick up Diane Dubois on the street. But his roommate Joel Charvier succeeds with her, takes her home and Guy later joins them in a threesome.
Joel takes Guy to see Erika Cool for some lessons in how to pick up women. He practices his phone skills on Erika’s maid, Morgane — who Guy doesn’t realize is just down the hall — while Erika sucks him off. Joel joins Morgane and soon there is a fourway.
With Erika’s encouragement, Guy approaches a woman on the street (Celine Gallone) and goes home with her. They are making it on the couch when her parents arrive and try to force him to marry her, but Guy runs away.
Guy goes back to the apartment and finds Joel with Erika and Morgane. After joining them briefly, he goes to the window, hands Erika a pair of binoculars and tells her to pick a woman in the building across the street for him to seduce. She sees Gallia vacuuming through one of the open windows, and picks her. Somehow they find her in the phonebook, and Guy calls her up. He smooth talks her; soon she is masturbating and he gets her to place the key under her doormat. He enters her apartment, waves to his cheering friends from the open window and joins Gallia in bed.
For Guy’s final test, Erika picks a random woman on the street (Marie-Dominique Cabannes) and Guy approaches her. He takes her back to Erika’s place and the films ends with a hot fiveway.