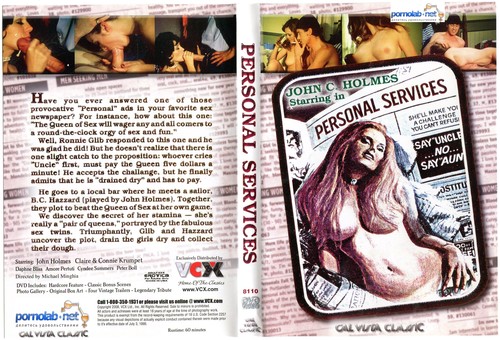 Have you ever answered one of those provocative “Personal” ads in your favorite sex newspaper? For instance, how about this one: “The Queen of Sex will wager any and all comers to a round-the-clock orgy of sex and fun”
Well, Ronnie Glib responded to this one and he was glad he did! But he doesn’t realize that there is one slight catch to the proposition: Whoever cries “Uncle” first, must pay the Queen five dollars a minute! He accepts the challenge, but he finally admits that he is “drained dry” and has to pay.
He goes to a local bar where he meets with a sailor, B.C. Hazzard (played by John Holmes). Together, they plot to beat the Queen of Sex at her own game.
We discover that the secret of her stamina – she’s really a “pair of queens,” portrayed by the fabulous sex twins. Triumphantly, Glib and Hazzard uncover the plot, drain the girls dry and collect their dough.