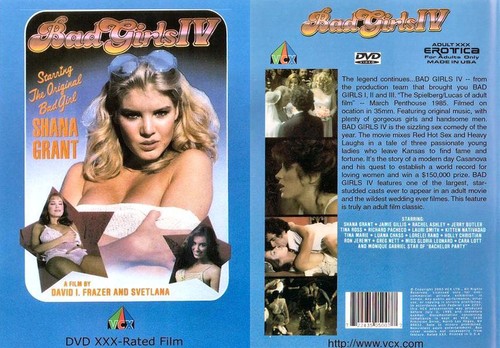 The fourth edition of the series is a departure from what’s come before, with a whole new storyline and theme. The plot centers on Jamie Gillis, a notorious lothario who’s set out to break the world record by having sex with 15,000 women in just three years. Everything is going smoothly until a trio of delectable damsels move into his apartment building. His roommates Jerry Butler and Richard Pacheco try to keep him focused on his goal, but Jamie’s fallen head over heels for the delightful charms of Monique Gabrielle. One look at this scrumptious beauty will tell you why — Monique was one of the most alluring women in 80s porn. But just as Jamie’s getting ready to seal the deal with the luscious lust bunny, Monique catches a TV report about his sexual endeavors. She decides to get back at him in the best way she can think of — by favoring someone else with her naturally delicious charms. The whole thing is done with a pleasantly light tone, and all of the sex seems to have been genuinely fun for the participants. Shauna Grant’s finale with Monique ranks among the most erotic of her career. This one’s a perfect choice for couples or anyone looking for light, fast-paced fun that emphasizes eroticism over raunch.