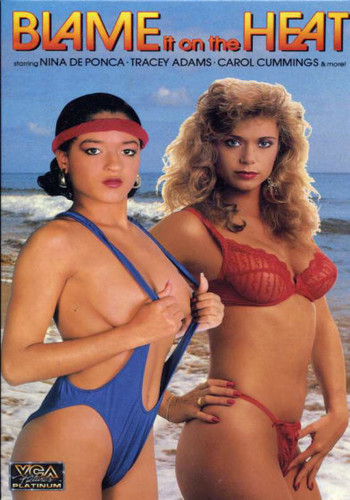 Talk about eclectic. This feature starts out as a parody of the mating habits of Mexican-Americans, replete with Russ Meyer-esque narration, then abruptly shifts gears into a Walter Mitty-style comedy.
As the mild-mannered accountant, Mike Horner commits himself splendidly. When his wife and daughter (Tracey Adams and Stacey Lords) take a weekend holiday, the meek pencil pusher has the house all to himself, and he indulges in some wild fantasizing. His neighbors (Bionca and Carol Cummings) are professional models, so he conjures them up in a mouth-watering package right there in his living room.
He caps off his demented dreams by imagining both his wife and daughter having separate torrid affairs at their weekend retreat. The scene with Tracey Adams and Sasha Gabor places a good deal of emphasis on her particular specialty of tease, and it’s wonderful.
Horner is terrific reprising some of his “British gentleman” acting skills (remember My Bare Lady), Carol Cummings does a great Marilyn Monroe imitation and together they combine like The Prince and the Showgirl on potent aphrodisiacs. A high-quality, suitably erotic sexvid.