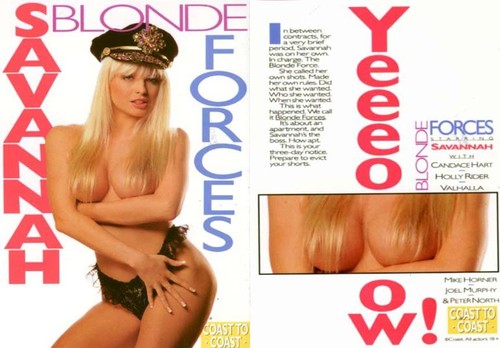 In between contracts, for a very brief period, Savannah was on her own. In charge, The Blonde Force. She called her own shots, made her own rules, did what she wanted. What she wanted, who she wanted, when she wanted! This is what happened, we called it Blonde Forces! It’s about an apartment, and Savannah’s the boss. This is your three-day notice. Prepare to evict your shorts !