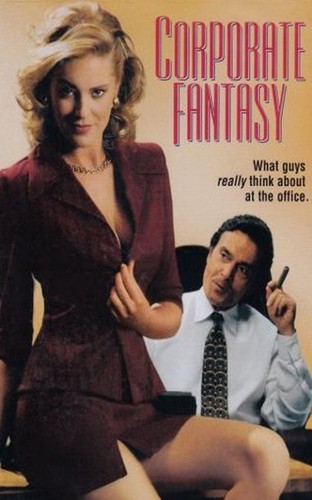 Daisy Dawson (Tracy Smith) is an all-business “girl-Friday” for Mr. Blake Tyler (John Gallucci) the boss at an advertising firm where her roommates, Gloria (Catalina Larranaga) and Tammy (Susan Featherly) are also employed. Junior executive types at the same firm are Orlando and Kevin (played by Jarod Carey and Karl Preston, respectively) . Gloria and Tammy are trying to get Daisy to get back into the dating game. Mr. Tyler and the junior exec’s would each be more than happy to oblige, especially since they have formed an office pool as a reward for the first of them to get Daisy into bed.
Other reviewers who may have been looking for a classic, of either the “Gone With the Wind” or the “Debbie Does Dallas” variety, registered some disappointment. However, I thought it was well worth the rental.
A scene in which Daisy gets caught in the work room while Gloria and Kevin are having very casual sex on the copy machine, unaware of Daisy’s presence was interesting. Ms. Smith does an outstanding job of showing mixed emotions of embarrassment, curiosity, and maybe even a little envy, as she views the complete proceedings without getting noticed by either of the participants.