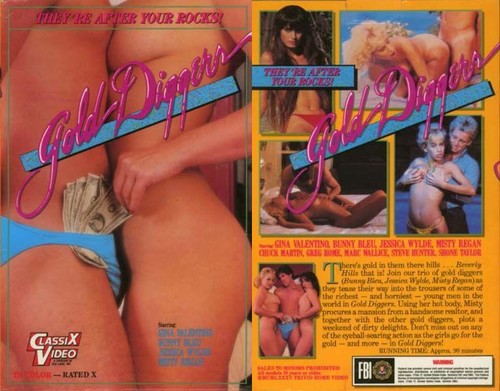 When a trio of gold digging young beauties hit Beverly Hills, things get hot in a hurry! The idea is that they’ll rent out a mansion, pretend to be rich themselves, and land some fabulously wealthy hubbies. But they don’t even have enough cash for the rent – a problem Misty Regan solves with a little sexy servicing of the realtor. Now the gals have a whole weekend to catch the guy of their dreams. The mansion becomes a constant whirlwind of upper-crust partying and sexual indiscretions, with everything from lusty lesbianism to feverish group gropes going on. It’s a non-stop blast of sheer erotic energy as the gals pull out all the stops to woo their wealthy studs! So come on down and join the fun.