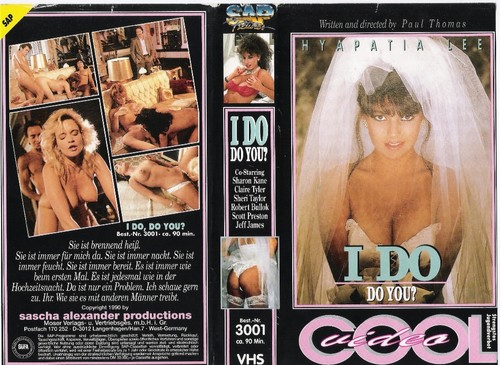 The movie opens with some cheap classic music & Hyapatia Lee (the wife) frolicking trough the park, chased by her husband Randy (Robert Bullocks). After teasing him into the house both end up lying on the stairs and she calls him fatty. Randy overreacts, freaking out at her remark. She calms him down & he fondles her breasts, sucks at the nipples & works himself down to her pussy. He starts licking…