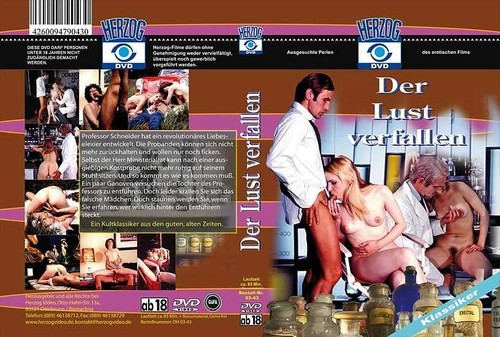 Professor Schneider (played by the husband from Die Superbumser) has developed a strong aphrodisiac and invited an official from the ministry to observe his findings. This is Ministerialrat Raffke (played by Elke’s lover from Heiße Schnecken), and after the presentation Raffke is easily persuaded to try it himself, and Edeltraud is happy to be the recipient of Raffke’s enhanced libido. On another day, while Schneider fools around with his wife in bed, daughter Ingrid is off to a sexy photoshoot with her friend Monika. On location, they have a little fun with the photographer (and each other). Suddenly, a couple of hoodlums appear and abduct Monika. The idea was to blackmail Schneider, but the inept villains got the wrong girl. Their second attempt to get to Schneider’s formula has one of their molls applying for a job as lab assistant. In her job interview she is happy to go beyond the call of duty, and Schneider takes full advantage, but eventually fails to give her the job.

One thought on “Madchenspiele aka Der Lust verfallen (1980)”