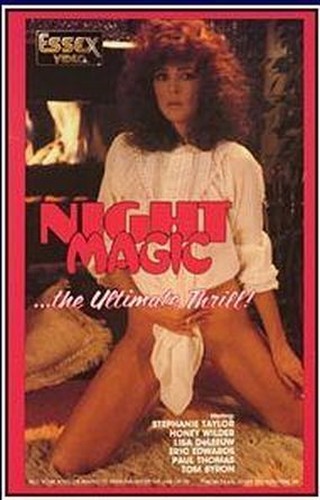 Description:
This is one of the best couples films to come out of the early eighties. It features six all-stars, Paul Thomas and Lisa de Leeuw, Eric Edwards and Honey Wilder, and the youngest cast members Tom Byron and Stephanie Taylor. They all play couples stuck on a long time drive into the mountains where boredom ignites their imaginations and leads to sizzling flirtations.
Nothing extravagant. Until the ending, you leave the Winnebago only in the characters’ thoughts. But that creates intimacy and allows the characters to come to life through their fantasies, which sizzle.
It’s a hot one, made all the more because you can relate to their situations. Naturally, they think of each other’s partners and the scenes bristle with realism.
A conversation about horses between Stephanie and Paul Thomas leads to a passionate hump. But the best dream belongs to Honey Wilder, whose game ofhide and seek leaves her hidden alone with Tom Byron and Paul Thomas, who happily show Eric’s wife what a threesome is like.
The only hokey pairing is Eric’s with Lisa. They do a “Taming of the Shrew” take-off that, nonetheless, explodes with sexual energy. A 9. Hunt it down. You’ll be please.