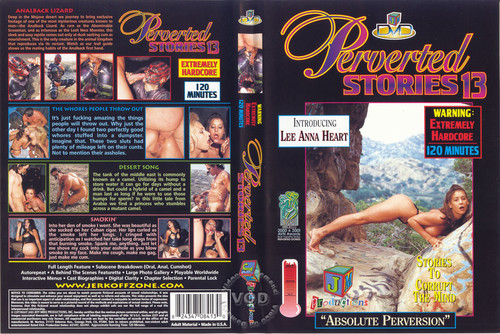 Four more off-the-beaten track vignettes from this wild and wacky sexvid series: A nice collection of clips that features some stuff you probably won?t find anywhere else!
Analback Lizard: This sleek and sexy reptile comes out only at dusk seeking cum as nourishment.
The Whores People Throw Out: It?s just fucking amazing the things people will throw out. Why just the other day, I found two perfectly good whores stuffed into a dumpster. Imagine that. These two sluts had plenty of mileage left on their cunts. Not to mention their assholes?
Desert Song: The tank of the Middle East is commonly known as a camel. Utilizing its hump to store water, it can go for days without a drink. But could a hybrid of a camel and a man last as long if he were to use those humps for sperm? In this little tale from Arabia, we find a princess who stumbles across a mutant camel!
Smoking: Into her den of smoke I went. She was beautiful as she sucked on her Cuban cigar. Her lips curled as the smoke left her lungs. I cringed with anticipation as I watched her take long drags from that burning smoke. Spank me ? anything! Just let me shove my cock into your asshole as you blow smoke in my face. Make me cough, make me gag, just let me cum!