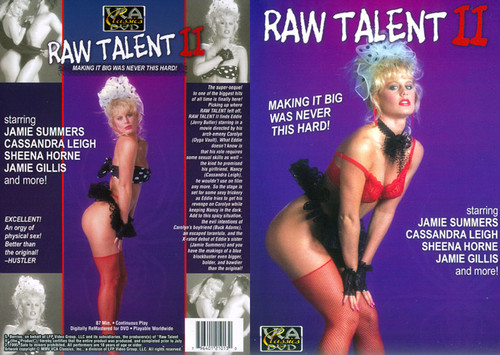 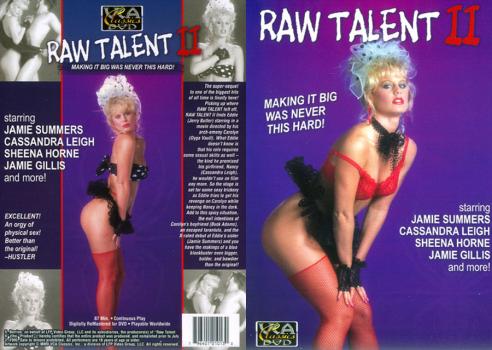 The super sequel of one of the biggest hits of all time is finally here! Picking up where Raw Talent left off. Raw Talent II finds Eddie (Jerry Butler) starring in a movie directed by his arch-enemy Carolyn. What Eddie doesn’t know is that his role requires some sexual skills as well ? the kind he promised his girlfriend, Nancy (Cassandra Leigh), he wouldn’t act on film anymore. So the stage is set for some sexy trickery as Eddie tries to get his revenge on Carolyn while keeping Nancy in the dark. Add to this spicy situation, the evil intentions of Carolyn’s boyfriend (Buck Adams), an escaped tarantula, and the x-rated debut of Eddie’s sister (Jamie Summers) and you have the makings of a blockbuster even bigger, bolder and bawdier than the original.