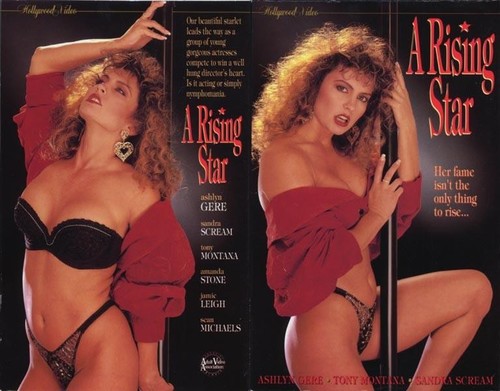 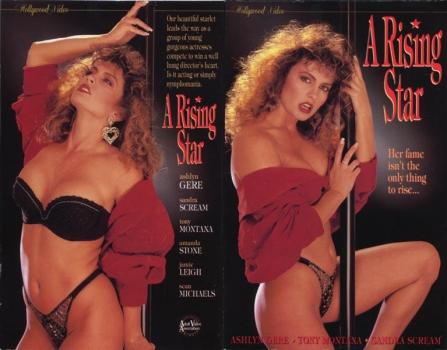 Just as steamy today as when it was originally shot in 1991, Rising Star is a bawdy, blistering behind-the-scenes peek at the making of a porn video. We get to meet the hot-to-trot starlets, their swarthy and studly beaus, and watch all the kinky carnality that goes on even when the cameras aren’t rolling. This scorching production stars an especially impressive lineup of talent, including the gorgeous Jamie Leigh, the salaciously scrumptious Amanda Stone and the legendary Ashlyn Gere. Ashlyn in particular is on fire here. Always a performer of incendiary intensity, Ashlyn really comes alive here when teamed with her hard-pounding co-stars. Her natural erotic explosiveness comes bubbling to the surface as Ashlyn roars through a series of monster climaxes. Then there’s Amanda’s torrid trysting here, during which she repeatedly goes over and above the call of decadent duty to push her scene into the realm of the absolutely searing. Buxom Sandra Scream gets in her lascivious licks as well, showing off lots of energy and enthusiasm as she shares her mouthwatering mams with some lucky stiff. A treat from one end to the other, and a great chance to catch some of the best work ever by a selection of the very hottest sex stars of the naughty 90s.