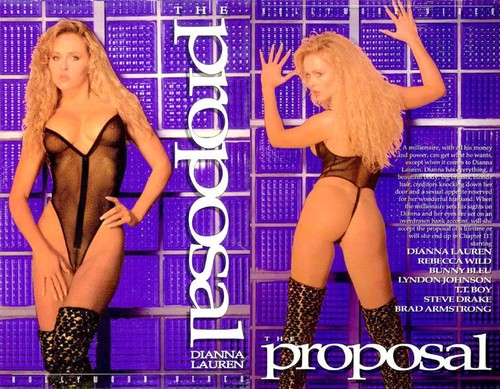 A millionaire, with all his money and power, can get anything and everything he wants — except when it comes to Dyanna Lauren. Dyanna has everything a man could ask for: a beautiful body, breathtaking breasts, blonde hair — as well as creditors knocking down her door and a sexual appetite reserved only for her husband! When the millionaire sets his sights on Dyanna — and her eyes are locked on an overdrawn bank account — will she accept the proposal of a lifetime or will she end up in Chapter 11? It’s a torrid tale that features one of Dyanna’s most erotic performances ever. She’s never looked better, and her sexual appetites are in full flower. This is one Proposal you won’t want to say no to!