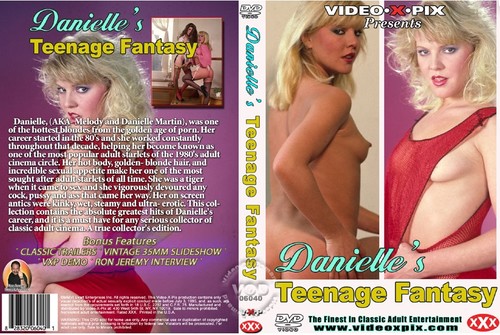 Danielle, (AKA-Melody and Danielle Martin) was one of the hottest blondes from the golden age of porn. Her career started in the 80’s and she worked constantly throughout that decade, helping her become known as one of the most popular adult starlets of the 1980’s adult cinema circle. Her hot body, golden-blonde hair, and incredible sexual appetite make her one of the most sought after adult starlets of all time. She was a tiger when it came to sex and she vigorously devoured any cock, pussy and ass that came her way. Her on screen antics were kinky, wet steamy and ultra-erotic. This collection contains the greatest hits of Danielle’s career, and it is a must have for any serious collector of classic adult cinema. A true collector’s edition.